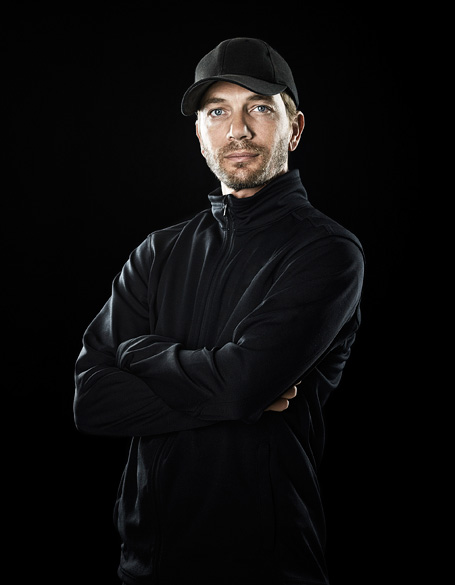 Kristofer loves to create a world within the image, a story. The people in Kristofer’s images often look artificial, a little like cartoon characters. More recently, his photography has adopted a more extreme form, a kind of heightened reality. Kristofer bought an SLR camera and started to photograph his skate and snowboard friends in the late 80’s. He later worked with both fashion and advertising photographers over the years and he has amongst others assisted photographer Anton Corbijn. Kristofer Lönnå has also been highly topical as one of the finalists in the prestigious Hasselblad Masters Awards.

Kristofer´s style is filled with humor, playfulness, accuracy and his work has now become very distinct. In addition to this almost every one of his images are the result after a lot of planning, shooting and a long post production.

As Kristofer has worked with both fashion- and advertising photographers through the years, he has learned to work both on location with models and doing more complex setups in the studio. He now often combine these two, building up complex shoots on location to get the final perfect shot.

One of the things he really loves in his work is the opportunity to meet new people and to get to see new places he may never have seen outside his work! To call Kristofer a people person would be an understatement! You will definitely notice this if you are on a photo shoot with him, it’s hard not to smile!

Kristofer always enjoys when he has to show exactly how he want the modell/person to look like and what to express, in relative to his own idea in his own head. He also does most of his retouching and editing himself and you can always look at Lönnå’s pictures over and over again and each time finding new details in each one of them.

Kristofer has worked as a commercial photographer on big international campaigns, but also shot for smaller magazines and artists. Kristofers successfull and latest exhibition – MY WAY – was displayed at Hotel Diplomat this autumn 2016, were he showed portraits of some of Swedens most famous artists.